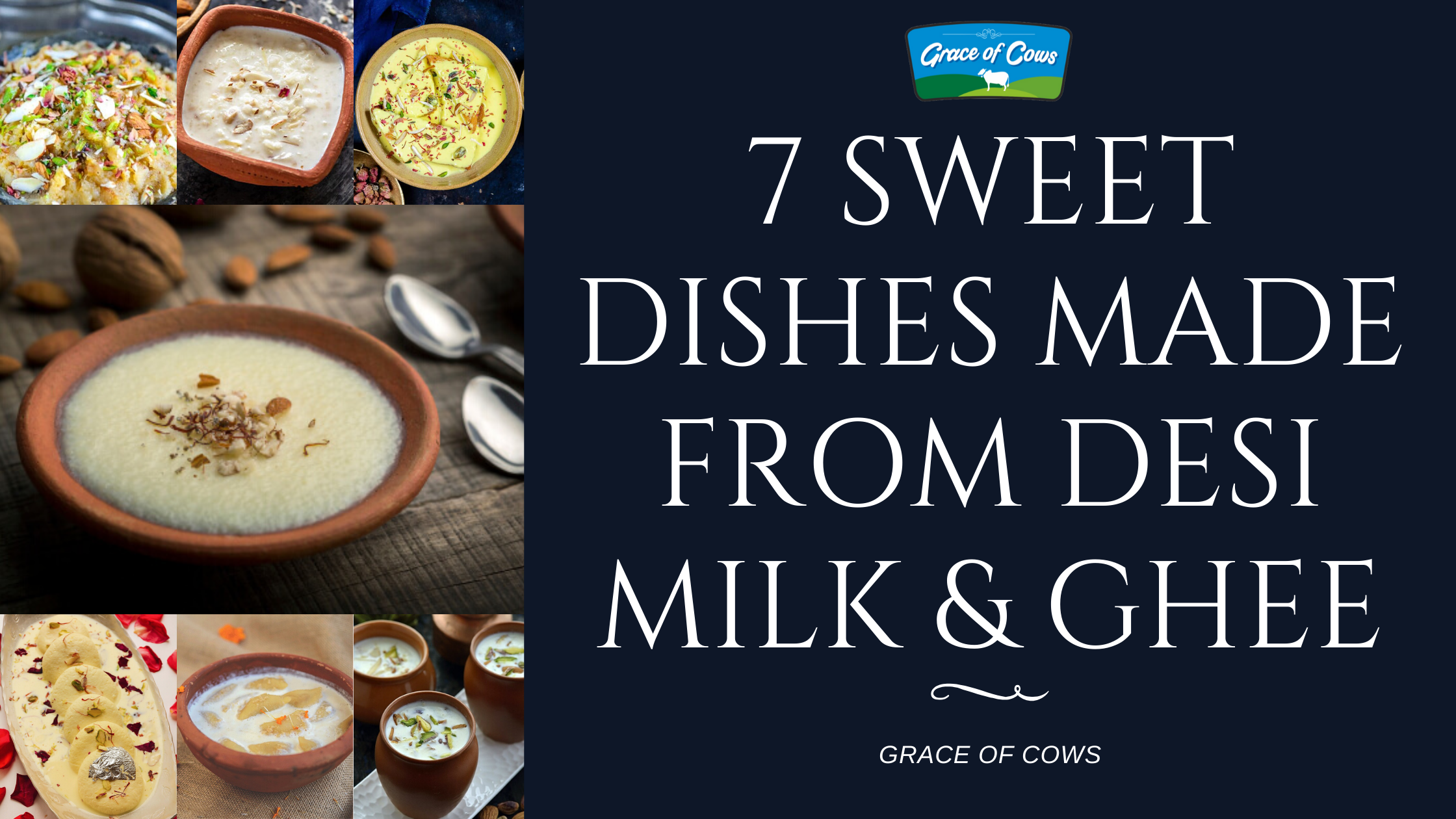 Suji ka Halwa believed to have been brought to India by Arabs is everyone’s favorite and most commonly made sweet dish in India as it is easy to make. It might be known by different names pan India but the preparation style is more or less similar. The sooji is first heated dry or in ghee; then milk is added to it which has been preheated a little with cardamom. Add sugar to taste and one can also add kaju and kismis to it.

The most common dessert made on every birthday and puja in every Indian household is the rice kheer. Kheer or rice pudding is made with three basic ingredients rice, milk and sugar. Cook the rice grains in milk until the milk reduces in quanity and becomes thick an creamy. Dry fruits and nuts are added to added to kheer to make it more flavorful and tasty and one can have it hot or cold.

As the name suggests ‘Shahi Tukda’ has a royal origin and has been a very popular dessert since the Mughal Reign. This Hyderabadi delicacy is made by first deep-frying half-portion of a bread which has been soaked in sugar syrup and then it is drizzled/soaked in Rabdi and topped with Kesar, Badam, and Pista.

It is a rich and creamy Indian dessert made with crushed rice or semolina and milk as the main ingredient and served in traditional bowls called ‘Shikora’. Often grounded cashew nuts, pistachio and almonds are added to Phirni to make it more thick and creamy. It is topped with rose petals and saffron before serving. Phirni is generally prepared during festivals such as Eid, Diwali, Lohri, and Baisakhi. A bowl of Phirni after a plate of Biryani is heavenly.

Rasmalai, a milk-based dessert is famous all over India and is believed to have its origin in Bengal or Odisha. The name is derived from the amalgam of two words ‘Rosh’ meaning juice and ‘Malai’ meaning cream. It is prepared with chenna/paneer balls and milk. First, the chenna balls are boiled in sugar syrup and then they are dipped in saffron flavored Rabdi ( thick creamy milk). It is topped with dry fruits and Kesar.

A winter specialty dessert prepared in Bengal and Odisha especially around ‘Poush-Sankranti’. Coconut and jaggery are grated, kneaded and mixed evenly and are stuffed into dumplings made of semolina and rice mix. Then it is dipped into rich and thick milk which has been prepared with jaggery.

Basundi is a liquid sweet dish that is famous in Maharashtra, Gujarat and Tamil Nadu. A similar and more condensed version known as Rabri is popular in the Northern parts of India. Milk is first boiled hot on low flame and then sugar is added and is topped with cardamon and saffron. Have it cold or hot and add your favorite fruit to it.

Subscribe and Buy Our Healthy A2 Desi Gir Cow Milk and Ghee and Make Some Tasty Sweets and Desserts using them.